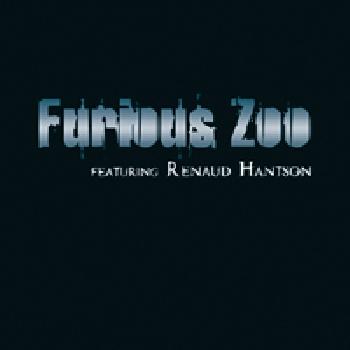 "Rock n' Roll doesn't make you wise or well-behaved"
In the line of Glenn HUGHES , the hero of his adolescence and a friend of his since 1993, Renaud HANTSON has more than one string to his bow. Having been trained as a drummer (He got a prize for excellence at the Conservatoire de Musique de Paris), he made his debut in professional music as a member of SATAN JOKERS, a hard-rock group, which was widely talked about from 1983 to 1985, when they released their three innovatory albums.
Then, after working a while as a studio musician for artists such as William SHELLER, Gino VANELLI or STOCKS, he turned towards his other passion: singing. In a more"mainstream" and variety-like style, from 1987 to 2002, he released seven albums and toured all over France. In the same time as this soloist career and under Michel BERGER's friendly wing, he took part in the return of "STARMANIA", the most popular French rock-opera (in which he played two roles) and, then, got the leading role in "LA LEGENDE DE JIMMY". More recently, he joined the French world of musicals again, touring with "NOTRE DAME DE PARIS".
In spite of his success in"popular music", he never forgot his first love for hard-rock. He never missed an opportunity to hang around music clubs or attend concerts. (For the whole world, he wouldn't have missed the come-back of his other idol, Rob HALFORD, when "RESURRECTION" was released, for instance!). Renaud never stopped buying records and being deeply interested in this music which has always been part and parcel of his life. As a matter of fact, in 1992, he had already made a come-back as a hard-rock singer by recording "FURIOSO", in which he was backed by the "crème de la crème" in terms of French guitar players (Thibault ABRIAL, NONO, Patrick RONDAT...) and ZOUILLE, the former singer of SORTILEGE
Today, HANTSON has decided to " have a break" again, "a change of pace", by setting up FURIOUS ZOO, a parallel project which will enable him to express his passion for hard-rock, both on records and on stage. On this music, full of nuances, between strength, sensitivity and finesse, his voice has always had a tremendous efficiency. On the other hand, a constant practice of drums (He's a teacher as well), has enabled him to keep on improving his art.
Available on may 27 2005, produced by BRENNUS and distributed by SOCA...??.FURIOUS ZOO's album offers 12 new compositions and 6 titles from the first "FURIOSO" volume revisited and brought "up to date". (Actually, the re-edition of that 1992 album has been demanded by fans for years!).
In this "FURIOSO II" album,Renaud HANTSON conducts both the lead vocals and the drums. He is backed up by the guitarist Benoit COUSIN and bassist Cédric LE COZ, both of them members of SPECTRUM and ROCK FOUR. Inspired by Paul Gilbert MALSTEEN and Eddy VAN HALEN, Benoit is the great revelation of this album, in whichwhic Renaud HANTSON has decided to recover his "artistic freedom", an independence he'll recover on stage too, through concerts in which he'll combine his own original repertoire to the revival of titles of the seventies from Jimmy HENDRIX, Joe COCKER, DEEP PURPLE or WITHESNAKE.
Thus, by combining technique to pleasure, FURIOUS ZOO and Renaud HANTSON will go and meet their public. Performing and giving as many concerts as possible will be their main goal. Do not miss this opportunity of having some good time with them!