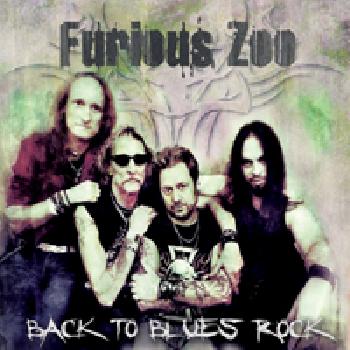 Add to cart
FURIOUS ZOO - Back To Blues Rock
CD 16 tracks (Blues Rock / France - Paris) 2014
01. You’re the One 3’44
02. The Witch Blues 4’11
03. No Respect 4’02
04. Back To the Blues 5’05
05. No Way 3’10
06. On the Road Again 5’03
07. My Heart Reminds Me 4’55
08. Rock Injection 5’00
09. About To Begin 4’12
10. What About Me 5’56
11. Little Rosie 3’51
12. Look Wot You Dun 3’29
13. I Hurt Myself 5’10
14. Miss Domina 4’17
15. It’s Alright 3’41
16. I Have Nothing 4'35
"Back to Blues Rock", a journey through the basics for FURIOUS ZOO, Renaud HANTSON’s side project when he’s not singing in solo or with SATAN JOKERS. The quartet regularly plays in clubs, concerts halls and festivals of the Hexagon, with this seventh album they decided to synthesize everything they like in Blues and Rock two years after the release of the highly successful "Wock n ' Woll - Furioso VI".
Always surrounded by his three friends , the dazzling guitarist Mike ZURITA, the "never too old to Rock n’ Roll" drummer Joe STEINMANN and the excellent bass player Julien LOISON, it is a joy to find a Renaud HANTSON at the top of his vocal abilities. On this new album you’ll find emotional Soul-Blues songs ("My Heart Reminds Me" written for his ex-girlfriend  or "Back To the Blues") , bluesy tracks ("It's Alright", "Little Rosie", "The Witch Blues", "Miss Domina"), rock songs ("Rock Injection", "No Respect", "I Hurt Myself"), fabulous new versions of old songs ("Look Wot You Dun" of Slade, "What About Me" by Quicksilver Messenger Service already covered by Ritchie Havens (R.I.P.), the famous "On the Road Again" by Canned Heat in a duet version with composer Stephane NOVAK who wrote several tracks with HANTSON on this new album, the cool "About To Begin" of Robin Trower and "I Have Nothing" a tribute to Whitney Houston in an amazing Led Zeppelin Blues like version)…
Renaud HANTSON’s voice is amazing on all the songs and we discover the various faces of the singer whose only purpose today is to leave a trace in a music business in distress.
This 7th FURIOUS ZOO’s album is a journey through time that music lovers are sure to enjoy. The band has become the most powerful Big Rock quartet of the French scene actually, listening to this new album it’s perfectly clear that the combo has nothing to envy to the the anglo-saxon tenors of the genre...
Add to cart